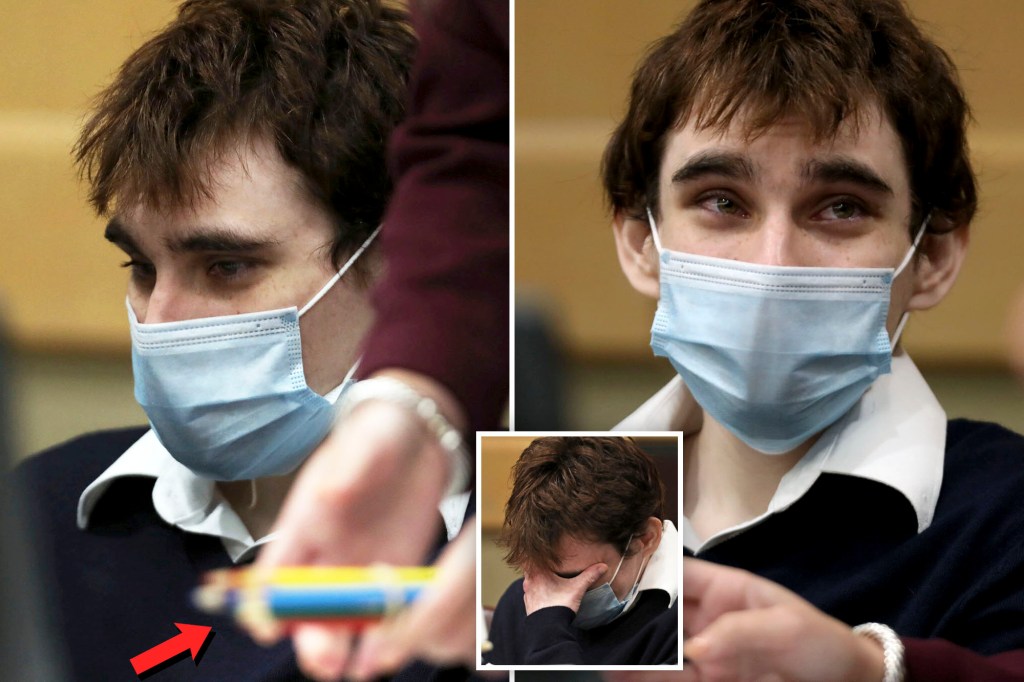 It has courtroom blasts up to an art.

Lawyers for Parkland school shooter Nikolas Cruz gave him crayons and part of a Pokemon coloring book to calm him down after he burst into tears in court on Wednesday, according to reports.

But that decision was quickly challenged by prosecutors and the drawing material was taken from him, causing him to sob even harder, according to CBS 12 and footage of Cruz.

Cruz, 23 – who appeared in Fort Lauderdale court for beating up a prison guard – first started crying, blowing his nose and rubbing his head in anguish after potential jurors cried at his sight, according to tweets by Christina Boomer Vazquez, reporter covering the trial.

A woman who appeared to be from Cruz’s defense team then handed him a page from a coloring book with the outline of the Pokémon Pikachu character along with colored pencils to calm him down, prompting a legal clash.

“We oppose that, Your Honor. We think it’s something that they do to make the jury feel that you know, it’s a kid that they have a kind of mentality is kind of challenged, we think it’s inappropriate and we oppose, ”said a prosecutor.

“Why does he need colored pencils and drawing paper?” Judge Elizabeth Scherer asked – to which Cruz’s defense attorney Gabe Ermine replied: “He’s upset. He is clearly upset. I’m trying to keep him calm during this trial.

The judge ultimately ordered that the arts and crafts be taken out of Cruz, claiming that he was only allowed to use pens issued by the prison.

Ultimately, some potential jurors were fired after admitting they couldn’t be impartial to Cruz, who authorities said confessed to killing 17 people and injuring 17 others at Marjory Stoneman Douglas High School in February 2018.

“My best friend’s sister lives in Parkland and one of my church members was killed in the Parkland shooting, so I can’t,” a potential juror said, according to Local 10 News.

Cruz, who was reportedly filmed attacking a prison guard eight months after his arrest, will appear in court again for a preliminary hearing on Thursday.

What does a first grader need to know?