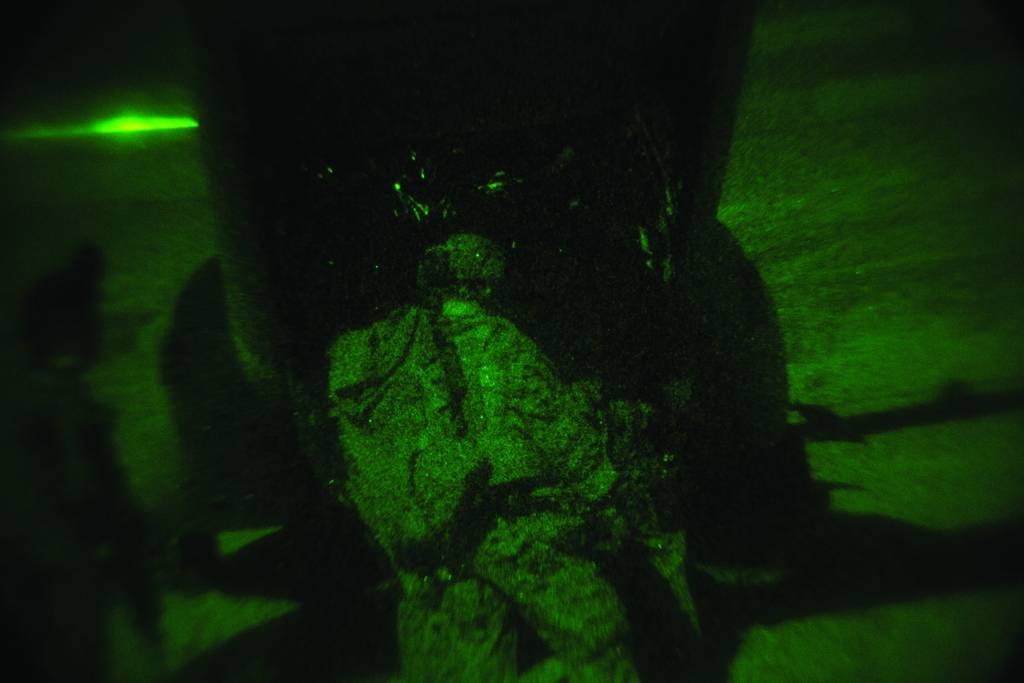 The Inside Story of Why MEU Marines Are “Special Ops Capable”

QUANTICO, VIRGINIA – Any Marine who takes even a brief interest in the service’s history as it relates to special operations will know that when Joint Special Operations Command was formed in the 1980s, it brought together existing special operators from each. services – except Marines.

The future authors of their own memoir publishing company Navy SEALs Team 6 as well as the future line of film franchises Chuck Norris of the Delta Force Army and the lesser known Air Force 24th Special Tactics Squadron all trained under the command newly loaded.

It would take more than a quarter of a century for the Marines to train the Marine Raiders in the heat of the wars in Iraq and Afghanistan and join the party.

Back in the post-disco haze of the early 1980s, the Marines were pretty “special”, thank you very much.

And, by the way, why would the Corps unload some of its best hard chargers just to have an Army General or Navy Admiral to guard them all on their own? The pit bull stays with his trainer.

But jarheads deployed today on Navy Expeditionary Unit rotations around the world might not know why they need to go through a pre-deployment to-do list so they can label their MEU with the capable Special Operations Designator. , or MEU (SOC).

Well, leather necks, the Marine Corps Times has you covered with the inner gouge, which was recently discovered in the records of the Division of Marine Corps History.

The answer was hidden deep in boxes inside the Alfred M. Gray Research Collection.

Who is this Gray guy, you ask?

Well he’s what some very biased Marines perhaps consider the greatest leader of the Corps, a Marine’s Marine, a New Jersey native who enlisted, that’s right, enlisted in the Corps. , served in both the Korean and Vietnam War, earned a Purple Heart and Silver Star Medal en route to becoming the 29th Commandant of the Marine Corps, serving from 1987 to 1991, retiring after 41 years of uniform.

Oh, and he’s the only commander to have his official portrait done in a field uniform. At least so far. Does anyone have General David Berger’s cell phone? I did not mean it.

So show some respect.

Anyway, inside these papers is a note from retired Major-General Mike Myatt to Colonel Gerry Turley. Myatt retired at the two-star level in 1995. But about a decade earlier he was on the staff of the Chairman of the Joint Chiefs of Staff.

While working for the President, he oversaw the training and made a short trip to Camp Lejeune, North Carolina with the then Commanding General of the 2nd Marine Division, Major General Al Gray. .

For the duo’s in-flight entertainment, Gray bent Myatt’s ear, telling him about the Corps’ plans to create special operations capabilities for the Navy’s amphibious units (a precursor to the MEU), deploying in Mediterranean.

The decision to consolidate special operations under one roof, to fund, train and support them, was driven largely by nightmarish bureaucratic competition between services for missions and money, but also by failures of the special ops community and planners who haven’t known how to use them, such as Operation Eagle Claw, a tragic attempt to rescue American hostages held in Iran that left eight soldiers dead, including three Marines and five airmen.

Gray had served on the commission that analyzed what was wrong with the operation. Never again.

The rise of terrorist attacks in the 1970s spurred efforts to adapt units to respond to this threat, which had not been at the forefront of military planning.

But back to our previously scheduled programming.

Gray spoke of a litany of challenges Marines face when training MAUs to deal with this threat and, more importantly, the reasons why it needs to be done.

The capabilities of the MAUs had atrophied over time, they could not even do night operations effectively.

It broadened what the military could do a bit.

And those sneaky soldiers had slipped into amphibious raids and non-combatant evacuation operations, two historically significant operations carried out by whom?

You guessed it, Marines.

Gray told Myatt that special ops were “after our platforms,” ​​the amphibious ships that allowed Marines to do marine things with the Navy.

To fend off this subterfuge, Gray led the creation of an organic “hostage-rescue capability” in the MEU.

And it went beyond ships.

In addition, (Gray) said the Marine Corps could not afford to be in a situation where, for example, if hostages were taken at Camp Lejeune and held in the CG base headquarters building, we had to depend on the JSOC to deploy to Camp Lejeune while the Marines stood idly by, watching the “terrorist throw hostages out of the windows,” Myatt wrote.

Gray listed all kinds of missions he wanted the Marines to be capable of doing nighttime amphibious raids on the horizon, both on the surface and by helicopter; evacuation of non-combatants, security operations, long-range raids, mobile training teams to work with foreign military forces, initial orientation of the terminal to bring helicopter forces to a site at night, deception operations, electronic warfare and rescue disaster, to name a few.

It is essentially a review of what MEU, reconnaissance, and even line infantry Marines do pretty much on a daily basis in 2021. This was not the norm in the mid-1980s.

The future commander, however, was realistic in his objective.

And then Gray set a high standard.

“He said that a well-trained, forward-deployed Special Operations Cable (MEU) should be able to begin mission operations within 6 hours of receiving the mission,” Myatt wrote. .

The old days of taking 30 days to plan a raid, as it was said in FMFM 8-1 “Amphibious Raids” were over.

A year later, Gray was a three-star and led the II Marine Expeditionary Force. Myatt had new orders in hand.

He arrived to learn that the 24th MAU, then off the Lebanese coast, had been ordered to unload helicopters and Marines from their ships to “make room for the JSOC” so that special operators had space. space to conduct hostage rescue missions.

The training began, with a vengeance.

In 1985, then Colonel. Myatt would command the 26th Marine Amphibious Unit, a precursor to the MEU, and the first marine unit to achieve the SOC designation.

Gray had a plan.

Inside those same archival documents, another Marine officer, Col. Mike Williams, wrote about a late afternoon in the winter of 1986 while on duty at Camp Lejeune, North Carolina.

A young corporal from the administration knocked on the door of his office.

“Sir, there’s an old man in the hallway wearing a Marine Corps utility uniform, no rank insignia, and he looks like he hasn’t shaved in three days.” He says he knows you and needs to speak as soon as possible, ”said the Lance Corporal.

“I scratched my head trying to think of who it could be, and then it came to me – only one Marine has the rep and the balls to show up anywhere that way – Col. Patty Collins,” Williams wrote.

Collins stormed into Williams’ office with a stack of papers and a Camp Lejeune map.

“Papa Bear (Gray) sent me here to tell you about setting up a complex for a new initiative on his part (MEU (SOC)) – and he wants here at Camp Lejeune in a secluded area, far from the side main, so special people can do special things without getting shaken by weenies. Can you help me? ”Collins asked.

There was a former WWII complex hidden in the woods of Lejeune that had been used to house German prisoners of war during the war. It was about to be demolished to save on maintenance costs.

“I threw Patty in my truck and we ran to see what was only half of the original compound,” Williams wrote. “With pencil and paper and using her reconnaissance skills to draw sketches of key land and built-up areas, Patty quickly had a diagram and plan for the new house in the new MAU (SOC).”

Williams had his own idea of ​​Gray’s influence.

“He anticipated the rise of asymmetric warfare before the rest of us heard of it, let alone could spell the term,” Williams wrote.

In addition to the tasker whitelist, the MAUs that have become MEUs have added Tactical Aircraft and Personnel Recovery, or TRAPs, Missions and Dismantling of Diesel Platforms to their portfolio.

In 1987, a special marine air-ground force commanded by Colonel Bill Rakow in the Persian Gulf was tasked with destroying an oil well platform that the Iranians were using to plant weapons to disrupt tanker traffic. .

“From the moment Colonel Rakow received the order, he was given six hours’ working time, and he had a very successful operation,” Myatt wrote.

The six-hour rule resurfaces in our last historical example.

Myatt called the success of this response time an “extremely important factor” when the 24th MEU (SOC), note the “SOC” part, received a call in June 1995.

It was then that 51 Marines from 3rd Battalion, 8th Marine Regiment boarded two CH-53 Sea Stallions to rescue Air Force fighter pilot Lt. Scott O’Grady, who had escaped the captured for seven days in Bosnia while conducting air operations.

“They were assigned to the mission because they honestly said they could do it in the allotted time, whereas the SOF forces wanted three days to plan this mission,” Myatt wrote.

Todd South has written on crime, courts, government and the military for several publications since 2004 and was named a 2014 Pulitzer finalist for a co-authored project on witness intimidation. Todd is a veteran of the Iraq War Marines.

a lifeline for all modern gamers! AFN News