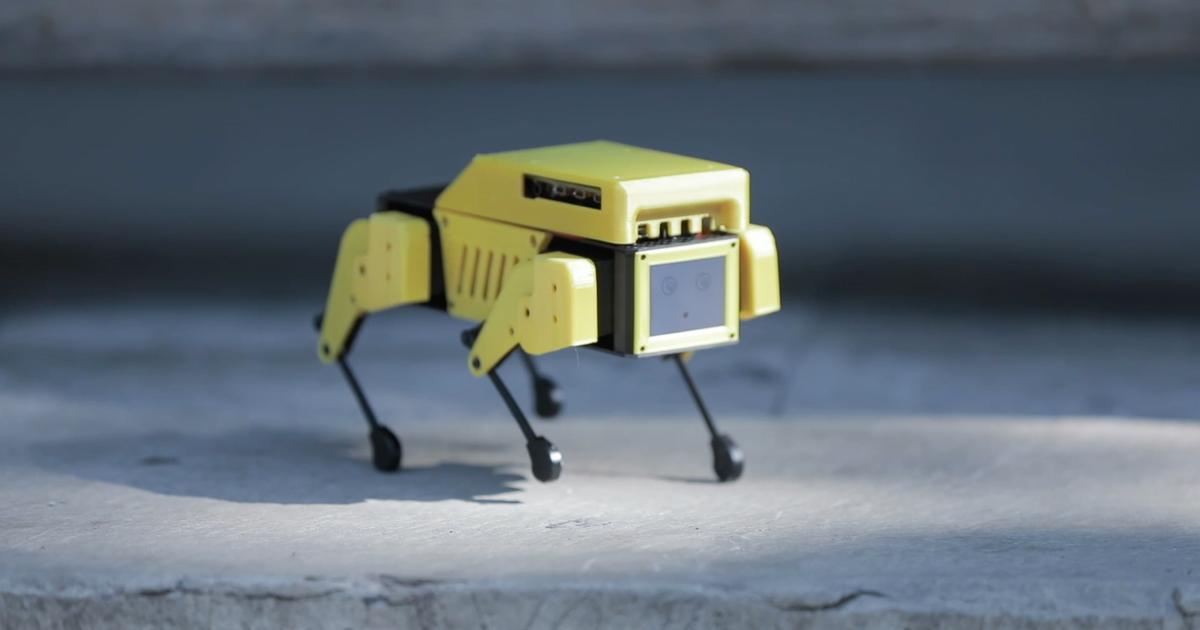 Mini Pupper Could Be Your Open Source Miniature Robot Dog

While many people are fascinated by the Boston Dynamics dog-inspired Spot quadruped robot, there is no way they can afford one of their own. However, they could still own a different robot dog, in the form of the smaller and cheaper Mini Pupper.

Measuring 209mm long by 109mm wide by 165mm high (8.2 by 4.3 by 6.5 inches), the 560 gram (20 oz) Mini Pupper is made by Hong Kong-based startup MangDang . It is most definitely made for hackers / DIYers, as it is available in an open source kit that users assemble on their own – although there is a fully assembled option as well.

The robot can be preprogrammed or remotely controlled in real time, and its built-in Raspberry Pi 4B microprocessor is compatible with both Ubuntu and ROS operating systems. It can also be fitted with third-party devices such as a LiDAR module to scan and map its surroundings, and a depth-sensing camera to identify and track objects.

And yes, as you’ve probably noticed, it also has an animated LCD screen that can be programmed to display different expressions.

Thanks to its 12 degrees of freedom agility, the Mini Pupper can walk at different gaits, including walk, jump or trot. A 30-minute charge of its 800mAh battery is said to be good for around 25 minutes of use.

The Mini Pupper is currently the subject of a Kickstarter campaign. While low-cost packages are available for backers who are willing to supply some of their own parts and assemble the robot themselves, a fully assembled unit that includes all of the components can be obtained for a pledge of $ 589. USD – assuming it hits production, that is. Potential funders may also want to check out the successfully funded Petoi Bittle Mini Robot Dog.

You can see the Mini Pupper in action, in the video below.

Boy from Polk Co. competes in American Ninja Warrior Jr with one eye