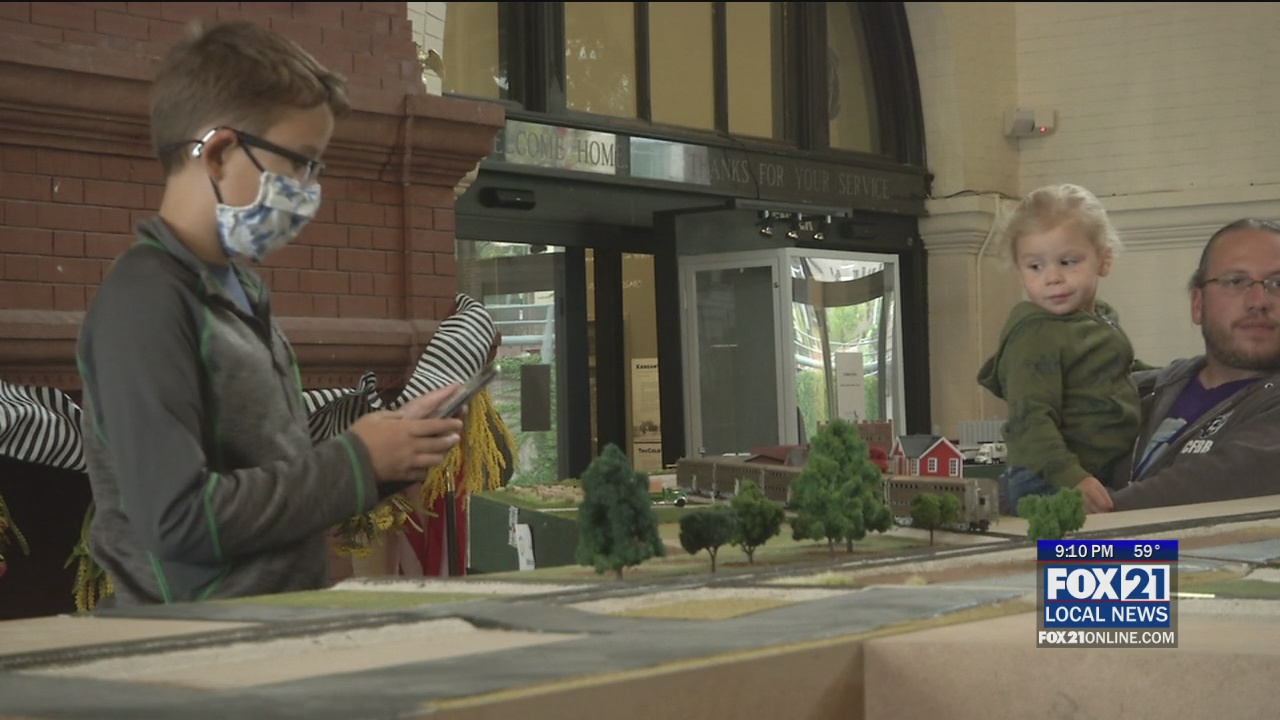 Large model of miniature train presented at the depot

The organization has set up the model train exhibit in the Great Hall of the Depot, displaying several different engines running on multiple tracks.

Many of the modules on display were handcrafted by band members and designed to form an intricate layout.

“Several times a year this Minnesota Free-mo Modelers group gets together and creates a great layout like the one behind me,” said group member Bob Sterner. “So we have about 20 to 25 modules here. Some are 20 feet long, some are four feet long, some are staged a long time ago, and some are modern. “

The exhibition presented different periods through its architecture and model engines.
Miniature farms, bridges and factories were among the many figures used to make the scene realistic.

“We have different periods on this railroad, so each individual decides for themselves whether they are going to model a modern model – a few years ago – many years ago, and so some of these modules go back to years ago. 1950, ”Sterner said. “Others are basically up to the present day.”

The exhibition was open to train enthusiasts on Saturday and Sunday, inviting people to come and experience the different types of steam engines. The model building group hopes to return next year with the display.

Getinge: The revolutionary new feature of the Getinge Maquet Volista keeps the light on during NIR-guided surgery