“Under the leadership of Prime Minister Narendrabhai Modi, Gujarat is now moving towards port-led development. Gujarat is India’s coastal gateway. The state is home to Alang, the largest shipbreaking yard in the world. Just like in the shipbreaking-recycling sector, Gujarat will also be a dominant power in green recycling.

The BJP leader further said that the government of Gujarat is committed to making Gujarat a global center for green recycling.

“Gujarat has the potential and the political will to become a hub for green ship recycling. The Government of Gujarat is committed to making Gujarat a global center for green recycling. Alang also has a well-developed ecosystem and vehicle scrapping capability and will make a major contribution to the vehicle scrapping policy,” added CM Gujarat.

Union Minister for Ports, Shipping and Waterways (MoPSW), Sarbananda Sonowal also addressed the audience and said that Gujarat is India’s commercial gateway and the one of the world’s favorite maritime destinations.

“With a coastline of 1,600 km, Gujarat handles over 40% of India’s freight throughput and contributes 18% of the total freight transported by cabotage. Gujarat was the first Indian state to privatize the port sector. It has become the flagship of India’s maritime success due to its strategic location, proactive policies and strong infrastructure. India is a leading destination for ship recycling and the planned doubling of the capacity of Alang-Sosiya shipyard in Gujarat will create a large number of job opportunities and bring more economic prosperity to Gujarat and in the country “,

Sonowal also spoke about the Sagarmala scheme and said it has given a boost to Gujarat’s thriving maritime sector with projects such as port upgrades, rail, road, cruise tourism, RO-RO jetties and passengers, fisheries, coastal infrastructure, skills development, etc.

Union Minister Sonowal also visited the site of the proposed National Maritime Heritage Complex near Lothal and reviewed the progress of the project in the presence of senior officials from the Government of Gujarat and the Ministry of Ports, Shipping and waterways. 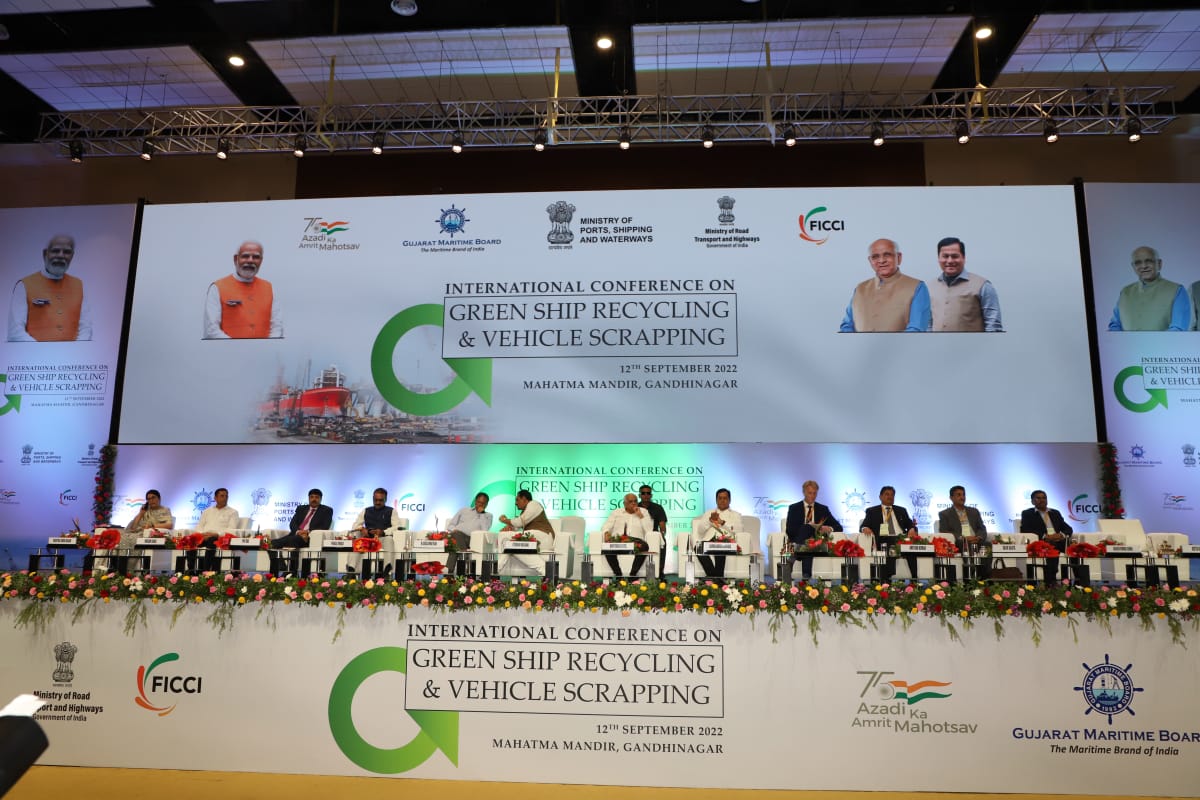 The International Conference on Green Ship Recycling and Vehicle Disposal was organized in Gandhinagar by the Union Ministry of Ports, Shipping and Waterways and the Gujarat Maritime Council in coordination with the Federation of Indian Chambers of Commerce and Industry (FICCI).

The conference presents the current state of the ship recycling industry in Gujarat and the adoption of HKC Convention compliances.

The conference also facilitates discussion on how the EU maritime industry can take advantage of ship recycling facilities in Gujarat and explore partnerships with EU member countries.

The project is being developed by the Indian government through the MoPSW for an estimated amount of Rs.3500 crores. The proposed complex will showcase India’s rich and diverse maritime heritage and will be the first of its kind in the country and one of the largest maritime museums in the world dedicated to India’s maritime heritage legacy. (ANI)

This report is generated automatically from the ANI news service. ThePrint declines all responsibility for its content.